Hello to all you Juniors out there, I hope you are all staying safe and healthy in these strange times

Whilst we all hope to be back on the badminton court ASAP, its difficult not to be able to participate in the sport we love so I am going to share some video links from Badminton England that are free resources to help you guys stay active and enjoying what badminton you can, hope you like them!

There are other videos available through Badminton England, https://www.badmintonengland.co.uk/beathome/

And a final challenge – how many shuttles can you return without missing any?

On Monday 1st of May Our mixed Cup team competed in the finals of this years mixed competition for the coveted cup. After some very close and well fought games, Barton were victorious by just 3 points. Champions Again!

The season is here again, below are the current 2018 team selections for both Level and Mixed teams. The links will download the Spreadsheets/ Word documents.

Mens A Team Fixtures 2018 Barton BC

The competing finalists in the Club Tournament for 2016 were: Winners – Adrian Fisher and Eleanor Smale and Runners-Up Tim Jones and Phyl Fisher. Congratulations to you all and well done everyone for a great night of fun and competition.

Also special thanks to Alan Rogers for organising the Tournament seedings and fixtures and ensuring that all went smoothly on a very busy night. 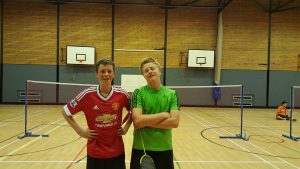 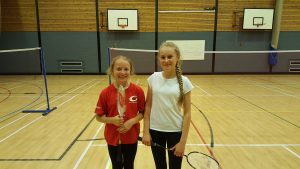 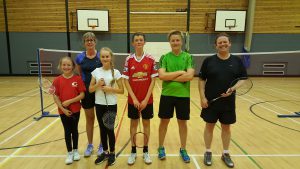 Well done to our Mixed Team whom competed in the ESBL Mixed Plate Final yesterday Vs Sunnyside B. Despite a great effort and some close games, they were the Runners Up by 53 points in a match with no handicap awarded on the day. ?

Our Men’s A Team have also played in the ESBL Boulby Plate Final just this morning Vs Church Street. Church Street have beaten us twice this season, although with some very close games, but there was no handicap today based on the team selections. Following a valliant effort and some great play, we were victorious by 37 points (I think). Well done to the Captain, Adrian and the rest of the team Tim, Ben, Hugh, Steve R and Andrew ?????

Our club has had a long a fruitful link with a badminton club in Burton’s twin town Lingen, Germany. For many years friends from Barton Badminton Club and Darme Badminton Club have met up for fun weekends and some badminton. Here are some images from the latest trip this year.

Our mixed team competed in the finals of the Plate competition on sunday 26th of April. After a great match played in the best sprit of the game against Uttoxeter B, Barton managed a win by a narrow margin of 2 points, well played everyone 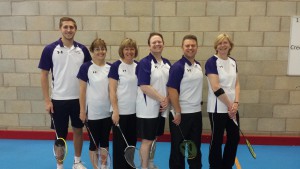 Alan Rogers, I AM TEAM GB Event Organiser wishes to thank Barton Badminton Club for their support of the event and Steve Rose, Phil Cheung and Andy Hook for taking part on the day.

This was a major success for wheelchair badminton.

We had 4 adult wheelchair tennis players from as far afield as Oswestry and Birmingham. Along with David Dighton and assisted by 3 club members from Barton Badminton Club, Steve Rose, Andrew Hook and Phillip Cheung the event prompted this comment from Val Fisher:

We all so enjoyed the experience. Everyone so friendly & knowledgeable. Only wished you were closer. Will keep you posted of our progress . Will definitely dip into a comp .
Such a pity we live so far off your patch .

Thank you to everyone for all their help .

Thank you all, Alan 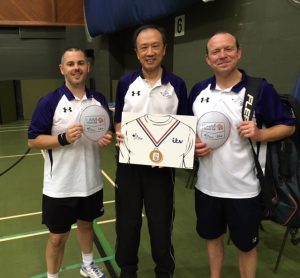 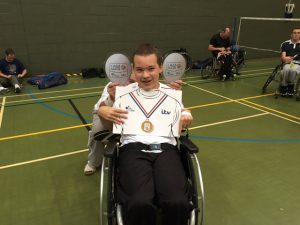 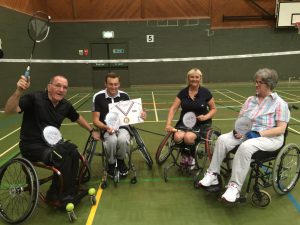